The final report of the Truth and Reconciliation Commission details the history of abuse of indigenous Canadians through the residential school system, and the harmful legacy of that abuse. The report acknowledges one of the darkest chapters in Canadian history and makes recommendations for all Canadians to work towards reconciliation. 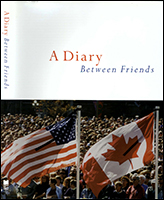 A diary between friends

This publication compiles personal stories, photographs and artwork about the impact of the September 11 attacks on air travelers. It highlights the warm welcome from residents of Gander, Newfoundland and Labrador, as well as communities from across Canada. 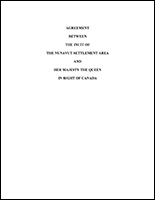 In response to pressure from the growing women's rights movement, the Commission was created to examine the state of women in Canada. The final report recommended steps to ensure equal opportunities for employment, pay, child care, birth control and education. This was the first Canadian Royal Commission chaired by a woman, Florence Bird. 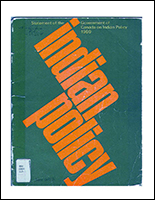 Statement of the Government of Canada on Indian policy, 1969

Known as the 1969 White Paper, this policy paper proposed abolishing the Indian Act and eliminating Indian Status as a step towards equality for Indigenous Canadians. The response from the Indigenous community was overwhelmingly negative, viewing the policy as another form of assimilation. The policy was quickly abandoned by the federal government. 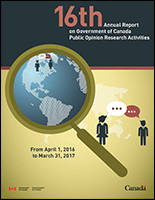 Official history of the Canadian Army in the Second World War

Written by the Canadian Army’s official historian, C.P. Stacey, this report is a detailed and authoritative summary of the Second World War, aimed at the general Canadian population.

The Second World War had a major impact on agricultural production due to a lack of farm labourers. The Canadian government encouraged citizens to plant their own gardens on their property and produced guides such as this to help inexperienced gardeners. 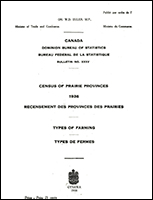 As Canada began to recover from the Great Depression, drought and insect conditions continued to affect the Prairie provinces. This comprehensive census of Prairie farms was undertaken to provide the Canadian government with a better understanding of the locations, numbers, types, and production of farms, in hopes of improving the agricultural situation.

After a period of post-war economic hardship and low immigration, the Canadian government began encouraging immigration from 'preferred' countries such as the United States, Britain and Northern Europe. This publication provides important information for settlers, including lists of Canadian Government Agents, detailed maps, and descriptions of the climate and primary agricultural activities in Nova Scotia, Prince Edward Island, New Brunswick, Quebec, and Ontario.

The maple sugar industry in Canada

An instruction manual for the harvesting and production of maple syrup. Note that this publication was issued shortly after refined sugar became an affordable sweetener in the late 19th century.

Report by W.L. Mackenzie King, C.M.G. Deputy Minister of Labour Commissioner appointed to investigate into the losses sustained by the Japanese population of Vancouver, B.C. on the occasion of the riots in that city in September 1907

The Vancouver Anti-Oriental Riots occurred in September 1907 as a result of anti-immigration attitudes. Similar riots happened in other West Coast cities in the United States. The Royal Commission report expressed regret at the financial losses to Japanese property.  After these incidents, the federal government soon began to restrict Japanese emigration to Canada.

The statistical year-book of Canada for ...

An early edition of the Canada Year Book, which was published from 1867 to 2012. The annual almanac was a reference guide on the demographic, political and economic changes facing Canadians.

The construction of transcontinental railways like the Canadian Pacific Railway opened up settlement in the west and played an important role in the expansion of Confederation. However, building these railways was complicated and expensive. A Royal Commission established to investigate the cost and methods of building the railroad concluded that inexperienced personnel, poorly written contracts and a lack of time had made construction more costly than necessary.

The first Census of the four provinces of Canada, as required by the Confederation Act. Total population of the confederated provinces was 3,485,761, including 23,037 indigenous persons.

The British North America Act, 1867 was passed by the British Parliament, creating the Dominion of Canada by uniting Quebec, Ontario, Nova Scotia and New Brunswick. Renamed the Constitution Act in 1982, when it was repatriated by the Canadian government. 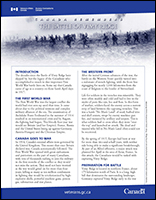 This year marks the 100th anniversary of the Battle of Vimy Ridge, one of the greatest battles in Canadian history. The bravery and valour of Canadian troops led to a tremendous victory for the entire Allied forces. This battle was considered the turning point of the First World War.

If you want to learn more about Vimy and the First World War, here is a publication that might be of interest.

The Minister of Finance has tabled the 2017 federal budget. This important document sets out the government’s fiscal, social and economic policies and priorities for the coming year. You can now read the budget on our Web site at the following links: 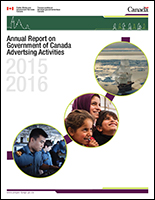 The Annual Report on Government of Canada Advertising Activities 2015-2016 Public opinion research in the Government of Canada—annual report is now available. Many institutions used advertising to inform parents, travelers, newcomers to Canada, business owners, veterans and their families, students, workers and the general public about the wide variety of government resources, programs and services available to them, and to promote the country’s history and heritage.

Report a problem or mistake on this page